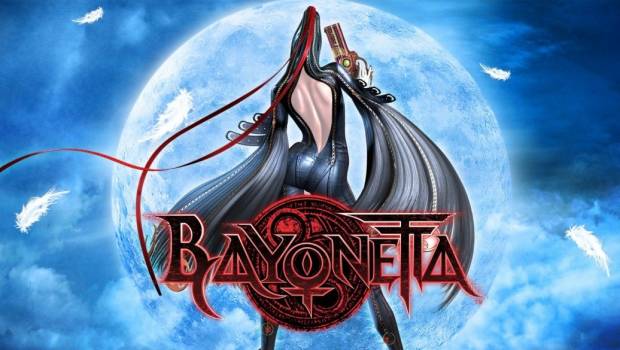 Summary: Bayonetta on the Nintnedo Switch succeeds and excels on this console.

The powerful Umbrian Witch Bayonetta arrives on the Nintendo Switch and this version of the original game delivers a thoroughly enjoyable gaming experience on this portable console, including tweaking the controls for this innovative system. Just be warned that the character of Bayonetta is one of the biggest gaming flirts in existence and the developers Platinum Games have really exploited this aspect from her seductive personality, appearance and interesting camera angles as this siren is once again ready to challenge the dark minions of hell. As the man behind The Devil May Cry game Kamiya is involved, you pretty much know what to expect but thankfully the developers have thrown in enough subtle differences for this title to stand on its own in this acrobatic fast-paced action adventure game. Of course, there is a healthy amount of button mashing but good button mashing.. or touch screen action.

The story revolves around Bayonetta, a witch who is more than 500 years old who fought to retain the balance between chaos and order. Unfortunately her memory is quite fragmented after being awaken in the modern world and unsure as to what has happened. Although a little disjointed, we discover that Bayonetta is searching for an artefact called The Eyes of the World and she needs to travel to the city of Vigrid. Hopefully this search will also unlock her memories.

Add in some over the top comedy and titillation and you actually have an interesting story that will bring a smile to your face. Of course it does help that our anti-hero has sided with the demons of Inferno which causes the Angels of Paradiso to want her blood and more specifically dead. Apart from Bayonetta, she has some great supporting characters from her sidekick Enzo to Rodan and a mysterious witch wearing red, needless to say it’s definitely a visceral experience. The presentation of the game is quite impressive, whether it’s the pre-rendered cutscenes or the stills with some animation that get mixed together, making it appear like frames from a movie, Bayonetta definitely goes out of the comfort zone of Western development and it succeeds immensely.Add in some spectacular animation, thanks to the graphics department and Bayonetta still looks good almost 8 years later.

Let’s not get carried away and although it helps when you have a killer body but our Umbrian Witch is a walking time bomb of almost unimaginable power as she journeys through the game, learning not only more about herself but also her powers. Bayonetta has guns on her feet and when she’s not using her hand to hand combat or witch powers, she can deliver some truly astonishing damage through some great combination attacks. By defeating enemies, Bayonetta is awarded trophies and halos which can then be used to purchase additional equipment and upgrades from her friendly bar, The Gates of Hell. This friendly little bar is also run by Rodan, a powerful man with an extremely shady past but supports the story well. Although the cutscenes can be quite lengthy at times, they are actually interesting, unlike Metal Gear Solid that sometimes went on forever. Thankfully the game does not throw you in the deep end (apart from the story) as it slowly teaches you how to control our raven haired seductress and needless to say, the combinations that Bayonetta can pull off is thoroughly impressive and will give even some professional gamers some difficulty in memorising. Best of all as you progress, the game keeps throwing different challenges and enemies for you to fight which greatly assists in the enjoyment factor of this title. Whether it’s a half-naked Bayonetta spinning around as her hair becomes a demon or the great one-liners from Enzo, Bayonetta is as whacky as a game can be.

On the Nintendo Switch, the developers have implemented the touch screen capabilities of the screen which are sometimes needed when the action heats up, particularly if you’re taking on a boss, being inundated with enemies or engaging in the quick-time events. When playing in the handheld mode, the experience is enjoyable, however some of the larger battles does make it a little tad difficult at times due to the size, however it’s still quite playable. Of course, you cannot beat the TV mode which really makes this game shine.

In relation to combat, we’ve mentioned the kicks, punches and guns, two strapped onto her heels and another two for her hands but it’s the special manoeuvres that make the combat of Bayonetta so damn fun. She can even draw on bullet-time (witch time) but as mentioned as you punch, kick and use almost every part of your body as a weapon and it’s a real acrobatic hoot. An interesting ability is changing combinations, midway that offers some great options for fighting the various angels and demons that you come across.

Best of all, all these different combinations and attacks that Bayonetta performs are quite fluid and is definitely one with the gameplay. Thankfully the game does come on three difficulty modes that include Very Easy, Easy and Normal and if you complete normal, well, then you’re in for a whole new world of pain. If you do get injured, you really need to practice your dodges more but thankfully, there are some items to heal and the save system of the game is quite lenient as well.

Graphically, the title is pure eye candy… most of the time and it runs quite smooth on the Nintendo Switch and is far superior to the Wii version. Although there are some scenes that looks a little dated, the majority of title is very well designed and still holds up well today. From great character designs, flawless animation and some great background designs, the only flaw with the game is the sometimes annoying camera angles.

The star of the game is easily the attractive and well-designed Bayonetta from her realistic movements that would not look out of place in a strip club. The attention to detail is great on Bayonetta such as the way she moves her glasses or the way her hair moves to become the demonic creature and lastly, her double jumps that create butterfly wings on her. The camera is a little off at times, however through the movies, the sexual innuendo is only increased by close ups of certain parts of Bayonetta’s body. Definitely one for the male teens! The soundtrack of Bayonetta matches its retro 70’s feel and if you’ve found yourself humming along or singing some of the songs at a later date, than Bayonetta has you hook, line and sinker! The voice acting is pure cheese and sounds like those classic Capcom games. Thankfully, although Bayonetta is quite seductive, she actually suits her character perfectly and doesn’t sound too forced or contrived as she speaks proper with her oh so sexy British accent. The sound effects match the graphics well and through a surround sound system, Bayonetta is pumping!

Bayonetta on the Nintendo Switch is a very fun experience on this console and it feels like a bad 70’s action movie and the story, characters and quirkiness of the gameplay is pure ingenious. The combat is quite fluid and diverse and whether you’re shooting, kicking or summoning demons, everything comes together perfectly. For male gamers, it does help that the character is oozing with sex appeal and even though some of the close-ups or open leg shots may be a little too much for some, it dares to be different and proves that a game can not only be fun but sexy as well.