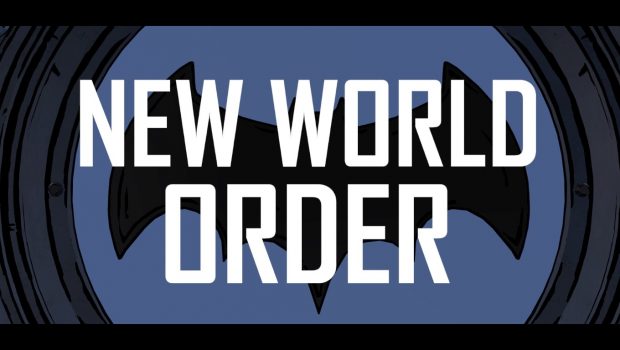 Summary: Gotham's underworld looms even larger over Batman. Bruce Wayne has become a public outcast, Harvey Dent is gearing up for his run as Mayor... things are looking bleak.

I’ve said it before and I’ll say it again… damn you Telltale games! Yet again I fire up another episode in the Batman series and before long I’m left hanging as to what is going to happen next. But as with before… it is some what of a pleasant frustration. Pleasant in as much as the story telling that creates that frustration is so good! When we left our friends… the Children of Arkham had taken over the debate, Harvey was injured, and it was revealed that Cobblepot was not the brains of it all.

We return finding Harvey’s face obscured by bandages at first, later a pseudo Phantom of the Opera style prosthetic and later he becomes what we knew he was destined to… Two Face. Selina Kyle continues to show up at odd times and give us pause to question her motives. Cobblepot makes a bold power move that leaves Bruce Wayne stunned (briefly) and Gotham seems ripe for the picking by the criminal underworld. There is less investigating Bruce’s parents in this episode but there were a couple of hints that I think (or more correctly, still hope) means that my suspicion that we will find they aren’t quite as they have been portrayed may still come to pass.

Much like the end of the previous episode, there are some very weighty choices that need to be made that will be “remembered” by those affected. In Episode 2 I focused my attention on Selina in the final scene… the repercussions of that are felt quite early on in this episode… I then had some choices that I thought might help smooth those issues but in fact they did not. This is one of the great things about the game… the decisions really are quite significant, not just in their actual content (as Batman who should you save… a friend or a possible lover?) but in how those decisions then impact other characters and therefore the greater story. This is also why the replay value of this games is higher than with many… because I’m really curious to see how things would play out if I made different decisions at least at certain points throughout the story. I continue to be fascinated by the end stat screen. The comparison of your choice selection compared to the other people playing the game. It really does feel like a broad spectrum analysis of the general public’s (at least gaming public’s) morals… a few times through out this episode and the previous ones, an option arises to use force or intimidation… it’s quite interesting to see whether the majority of people used force or words to get their results. If you thought the previous episode left you feeling that Bruce Wayne couldn’t get any lower or that Batman was on a path of destruction… just wait till you see the end of Episode 3… I won’t ruin anything but man does it set things up for an interesting Episode 4… How can Bruce move on from here… what is Batman going to do… are any more familiar faces from the Rogues Gallery going to show up… time will tell… and unfortunately as with the previous episodes… that time is going to seem very drawn out until I can finally get Episode 4 and despite the hardships he is up against… enjoy my time as The Bat!