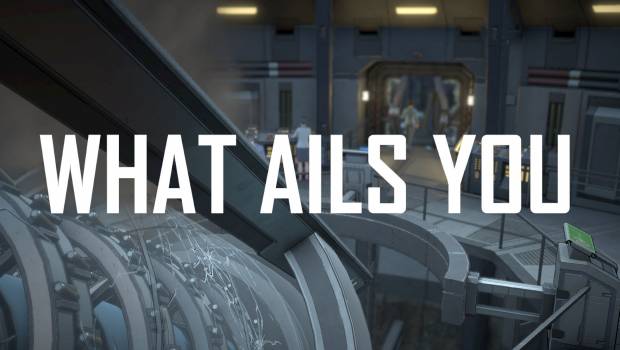 Batman The Enemy Within – The Telltale Series: Episode 4 What Ails You PC Game Review

Summary: Bruce's time undercover is up... time for Batman to get involved.

It’s been an interesting experience playing Batman The Enemy Within. Along with the changes to certain characters and their personalities… being essentially forced to go undercover and push the boundaries of what is acceptable in order to fight crime has been an at times troubling experience. How far would you go to seek justice? Are you willing to break the law and how many laws are you willing to break in order to bring a criminal to justice? These sorts of questions seem perhaps even more taxing when the person you are playing is well known to have his own “code of conduct” and the sorts of laws he is asked to break are ones that may or may not see him break his own code. Along with this pseudo existential crisis, we have a ramping up of the conflict between The Pact and The Agency and John Doe seems to be getting ever closer to becoming all he can be. There remain some very important personal choices that need to be made that may cause you to consider quitting the game and restarting just to avoid it saving the last choice in an attempt to get a better result (I made some choices that I only really ended up questioning in the post episode “debriefing”…. but they did make me consider restarting the episode straight away and that’s not happened before). The core part of this episode is the fact that Bruce’s cover has been blown, that means no more direct information from The Pact… but it also means Batman is more readily back in play and that’s a big thing. Tensions still exist between Bruce and Waller but she only really shows up in the latter portion (and a choice must be made that will no doubt have a big influence over the final act). Though it seemed tensions were already more or less at their highest, Telltale have managed to still nudge them up a little more. While you are no longer so entrenched with the enemy… that doesn’t mean things aren’t still strained and rather than the danger only being to Batman himself… the Grim Reaper looks to be looming over loved ones in a manner that may not be so easy to rectify. The trick with these Telltale games is that an episode can finish and I can think to myself “ah hah… I’m pretty sure I know where this is leading… I’m keen to see that played out next episode” only to find that the story takes a little twist here or one of the characters does something unexpected. It keeps the game fresh without straying too far from what we know and love of the world of Batman and the related characters. The Dark Knight is working with partners more in this series than we might be used to… but it works well and shows that even the strongest character occasionally needs help from others. I can see heartache on the horizon and a potential avoidance of that heartache… but with Telltale I don’t want to count my penguin eggs before they’re hatched, so I will just wait, impatiently, for the next episode and I will hope that I’ve made the right choices up to that point and that my final choices don’t hurt the ones I love. So for those, like me, who are now caught up in the story… just remember the next episode will be via the same Bat channel and keep an eye for the Bat symbol for release date.