“AMD is proud to play an instrumental role in transforming the world of game development with Mantle,” said Ritche Corpus, director of ISV gaming and alliances, AMD. “With the support and close collaboration between AMD and industry-leading game developers like Cloud Imperium, Eidos-Montréal and Oxide, Mantle can maximise optimisation for highly anticipated PC titles, bringing an unparalleled gaming experience for players.”

“AMD’s Mantle will allow us to extract more performance from an AMD Radeon GPU than any other graphics API,” said Chris Roberts, CEO, Cloud Imperium Games. “Mantle is vitally important for a game like Star Citizen, which is being designed with the need for massive GPU horsepower. With Mantle, our team can spend more time achieving our perfect artistic vision, and less time worrying about whether or not today’s gaming hardware will be ready to deliver it.”

“Mantle lets you use AMD Radeon GPUs the way they are meant to be used, unlocking many new opportunities and increased CPU and GPU performance,” said David Anfossi, studio head, Eidos-Montréal. “Because of this, Mantle is one of the most important changes to PC graphics in many years.”

Cloud Imperium Games, Eidos-Montréal and Oxide Games will join AMD and DICE in speaking about Mantle architecture and implementation at the AMD Developer Summit (APU 13), running Nov. 11-14 in San Jose, Calif. In addition, Oxide Games will be showing a public sneak preview of Mantle performance at the event.

Supporting Resources
•    Attend APU13, AMD Developer Summit, to learn more about Mantle
•    Register here for complimentary access to all keynote sessions at APU13 (available in limited numbers; while quantities last)
•    Read our blog: The four core principles of AMD’s Mantle
•    Become a fan of AMD Gaming on Facebook
•    Engage with us on Twitter @AMDRadeon
•    Become a fan of AMD on Facebook 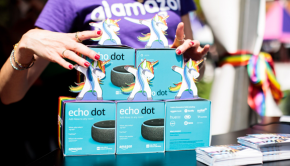 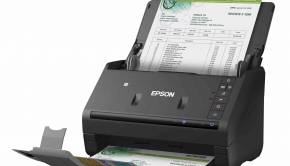