Impulse Gamer were given a sneak preview of the next point and click adventure game entitled The Next Big Thing that boasts a very engaging story, graphics to die for and more importantly characters that are relatable and quite amusing to watch. Developed by Crimson Cow, The Next Big Thing is set during the 1950’s and revolves around Liz Allaire and Dan Murr, two reporters who become embroiled in a true classic mystery.

These two characters are like chalk and cheese who generally rub each other the wrong way and thankfully more often than not. The problem with these two characters is that Dan was sacked as a sports reporter and is forced to become a common reporter again with the serious and quite attractive Liz.

There first case revolves around movie mogul Fitz Randolph, a creator of classic monster movies but in this universe, monsters actually exist and something very strange is going on. It’s up to the player to control these characters as they go on a roller coaster journey to find the clues, explore the world and maybe… just maybe even find a little romance along the way.

The highlight of the preview code for me was the disfunctional relationship between the two main protagonists which was a joy to watch and quite amusing to play out as their worlds collide. Although a classic point and click adventure game, the graphics of this game are amazing, thanks to its own unique stylisation that looks superb in FULL HD, especially the animated cutscenes that would put a few Hollywood movies to shame. 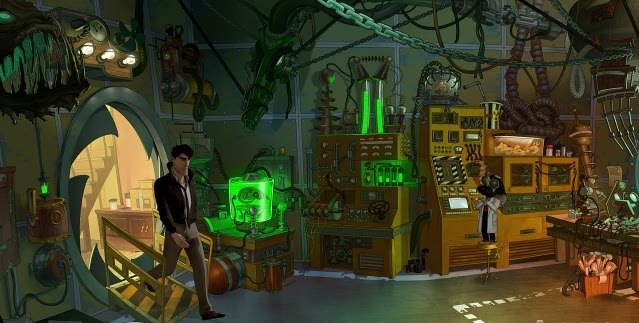 As we collected items and attempted to solve some of the clues, talk to NPC’s, the game even contains a hint system which assists as a reminder to what you need to be doing and what has happened. This is a great feature if you have not played the game for a few days or just need a friendly poke in the right direction. The game has a similar feel to the Runaway series which is definitely a step in the right direction and from the pre-release code, we’re very eager to see the final version hit our shores.

Comments Off on The Next Big Thing Preview (PC GAME)