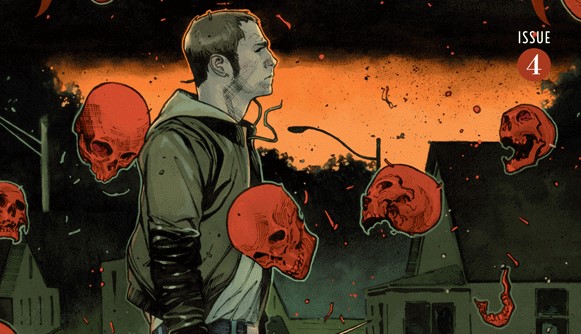 Summary: A peace treaty is called to bargain with Madame Albany.

After the shocking murder of Leonard Moonstone, Cordelia and Regan call a peace summit so that they may bargain with Madame Albany to put an end to the slaughter. Meanwhile, Gabriel is put to the test as a time-sucking beast from the fourth dimension stalks the suburbs looking for fresh prey.

The issue begins in England in 1945, where we see old members of the Order discussing ways in which to defeat the Nazi’s, take back the Orichalcum and win the war. Their discussion is interrupted by a young time traveling stowaway hiding in the boot of their car. The wee mischievous and sassy girl is none other than Cordelia, visiting from 2003 to pay her grandfather a visit and give him her business card. The cheek of her.

We then jump back to the present where we see Cordelia, Regan and their Uncle Edgar at Moonstone Castle thinking of way with how to deal with Madame Albany. After the violently gruesome death of Leonard, Edgar suggests a peaceful solution in the form of a peace summit on neutral territory. They organise to meet with Albany at the Abington Hotel, a wizards-only restaurant that exists outside the borders of space and time. Once there they sit down and offer their proposal to Albany, suggesting that they give the Orichalcum to a neutral party. Naturally, Albany rejects their proposal, countering their offer with total death and annihilation…brutal bitch!

Meanwhile, we see Gabriel back in the burbs living his life as a “normie”, trying hard to protect his beloved wife from the dangers of the magic world. Unfortunately, there is a target on his head and Albany sends forth a monstrous fourth dimensional, time-sucking beast called the Horologium. Finally, we see Gabriel shine as he comes face-to-face with this terrifying creature. Let’s just say, it’s an epic showdown.

I have to say, this issue was worth the wait. With Leonard gone, the kids are left to deal with Albany and this naturally changes the entire dynamic between the characters. For the first time, they seem shaken and unsure of what to do next. I find this change to be an interesting one, especially between Cordelia and Regan, as the normally cocksure Regan suddenly seems uncertain and doubtful, whilst Cordelia for the first time begins to take things seriously. All of their hopes seem to lie with Gabriel, who still shuns the magic community, even after the murder of his father. Of course, destiny has other plans for him and he is catapulted into the fray in the most awesome way possible. Yes, we finally get to see what Gabriel is made of and it is quite spectacular.

I also want to talk about Madame Albany, and how much I bloody love this character. Holy heck, this gal is brutal, ruthless and absolutely legendary. Her response to their peace proposal was excellent, and all kinds of wrong. It’s her vileness and repugnant way of dealing with people that I just love. I’ve always had the opinion that Mark Millar writes the best villains, and this is another example that reinforces this. Keep up the vile and rancid antics Albany. That’s why we’re here.

Olivier Coipel is amazing, excellent and I can’t fault his art one bit. I just LOVE everything about how this comic looks. The characters, expressions, framing, angles, shading, linework, the details, all of it. It just looks so tight and polished. I find that there is an intensity in the writing that is perfectly translated through the art, which has been effortlessly captured by Coipel. Ii’m also going to embarrass myself and admit that I fancy Regan a bit. That man is smokin’ hot! What are you doing to me Coipel? I’m just here to review, not get all hot and bothered by your damn fine drawings. I must sound like I’m gushing now, so I’ll move on. Dave Stewart’s colouring is quite dark and atmospheric for most of this issue, with the exception of the powerful bursts of colour that we see during the spells and magic. I also really love the palette that we see during the Abington Hotel, as I found that Stewart captured a really lovely sense of light that appeared to glow with a radiating warmth.

Overall, I thought that this was a really interesting and engaging issue. Things have dramatically changed for the Magic Order, with their leader and father now dead, leaving the kids to take up the gauntlet. I cannot stress how much I’m hanging for the next issue. The only bummer is that we have to wait for it. 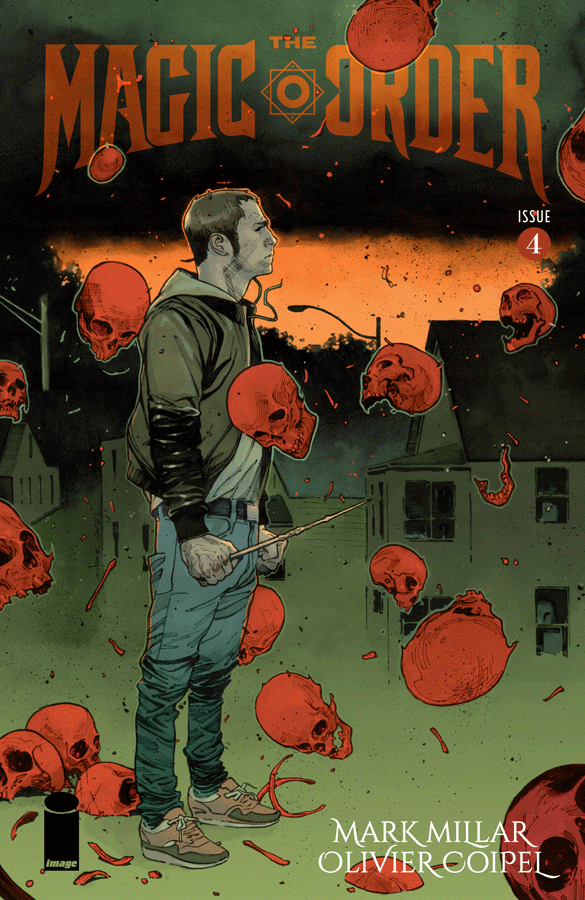 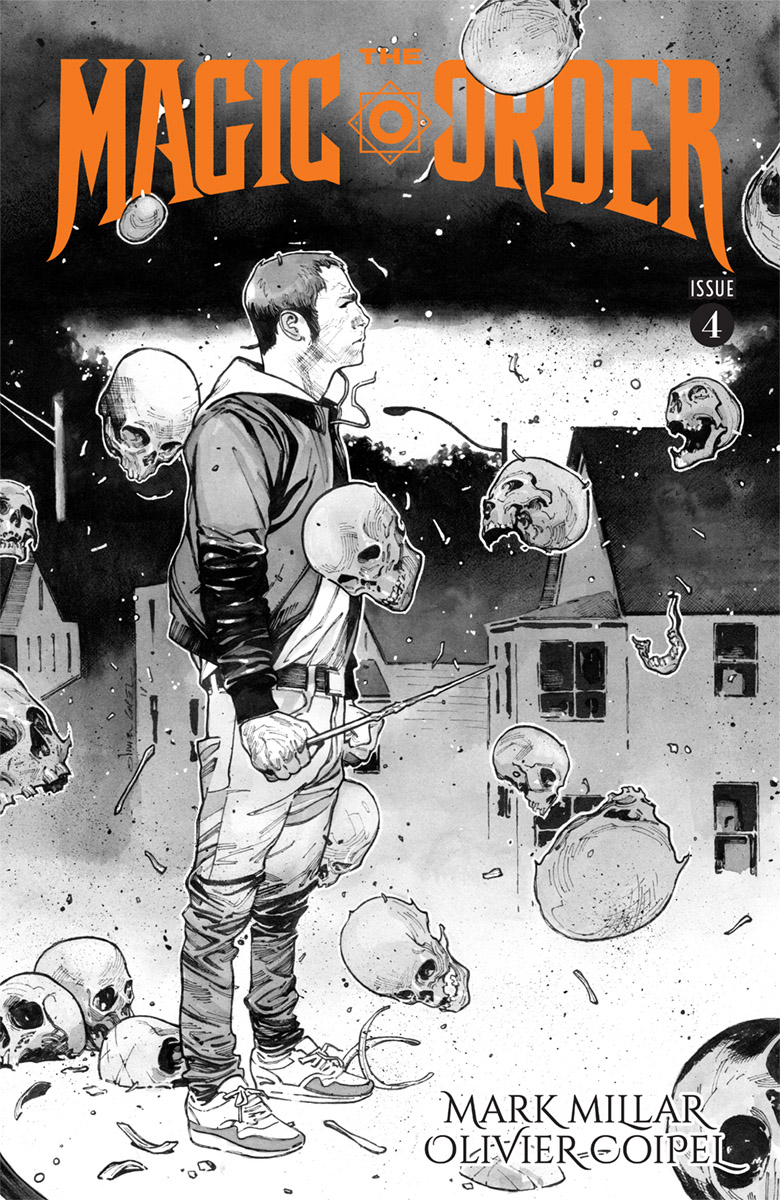