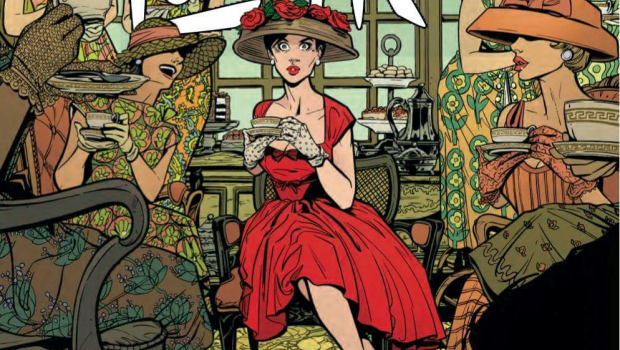 Summary: Things are getting complicated for Josie.

Things between Josie and Irving begin to sour as an unexpected “gift” is delivered to Josie’s house. A confrontation, followed by an abrupt decision heralds drama and dramatic change for her and her family. Everything begins to get complicated and troublesome as her personal life and career begin to spiral out of control! 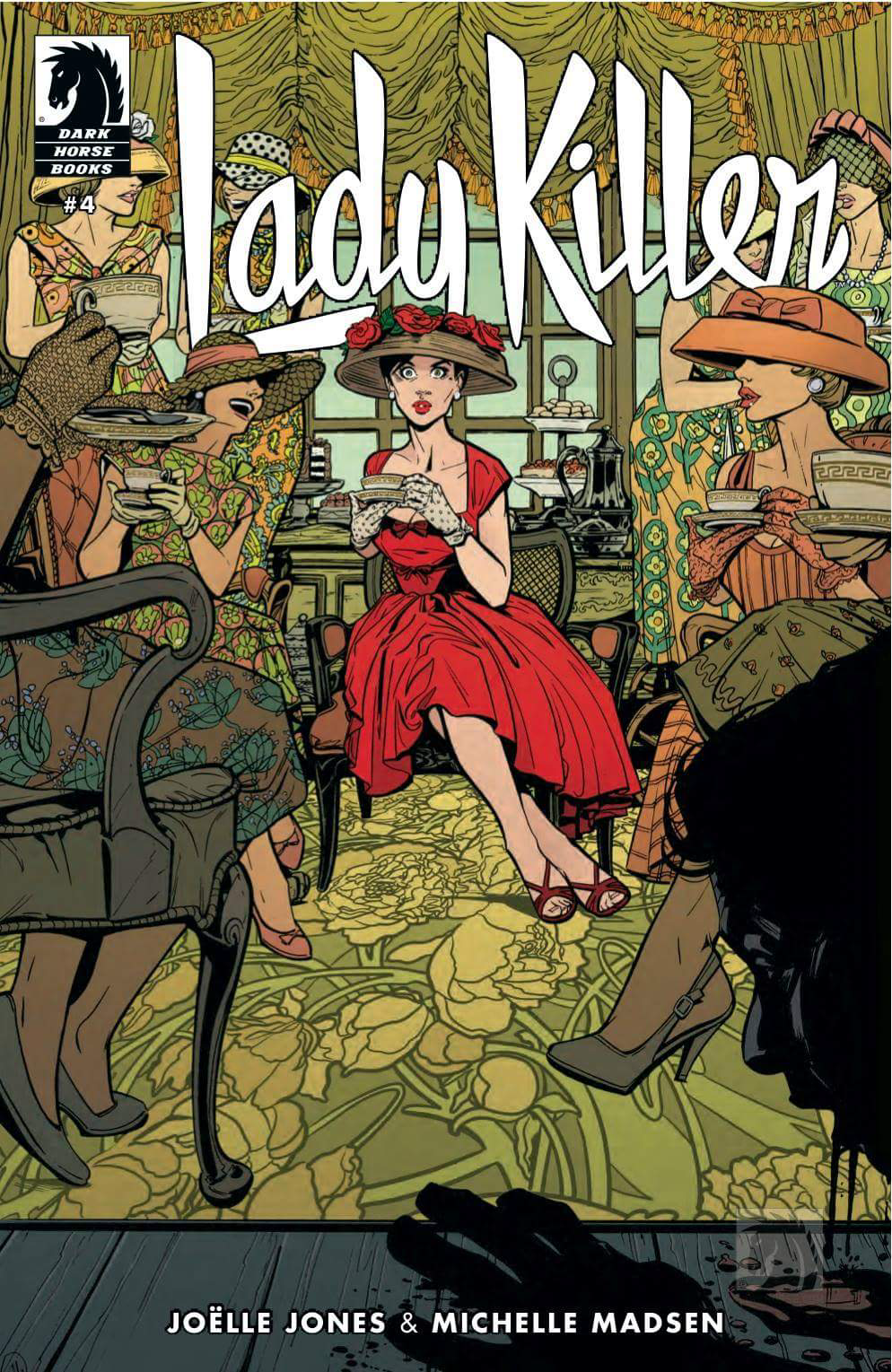 We begin this issue right where the previous one finished, in Josie’s garage where she is face-to-face with Irving and an unwanted “gift” in the form of her husband’s dead boss! If this isn’t a red flag to cut all ties with this guy, then I don’t know what is. After a heated discussion and a feisty exchange, Josie decides to cut her losses and end her partnership with Irving. The only problem is that getting rid of Irving isn’t going to be so easy. The death of Eugene’s boss, put him immediately as a suspect for his sudden disappearance, not to mention the lengths Irving will go to make Josie’s life a living hell. Irving is dangerous and Josie is discovering this first-hand, the question is will she outsmart him or will he prove all too cunning and calculated for her? 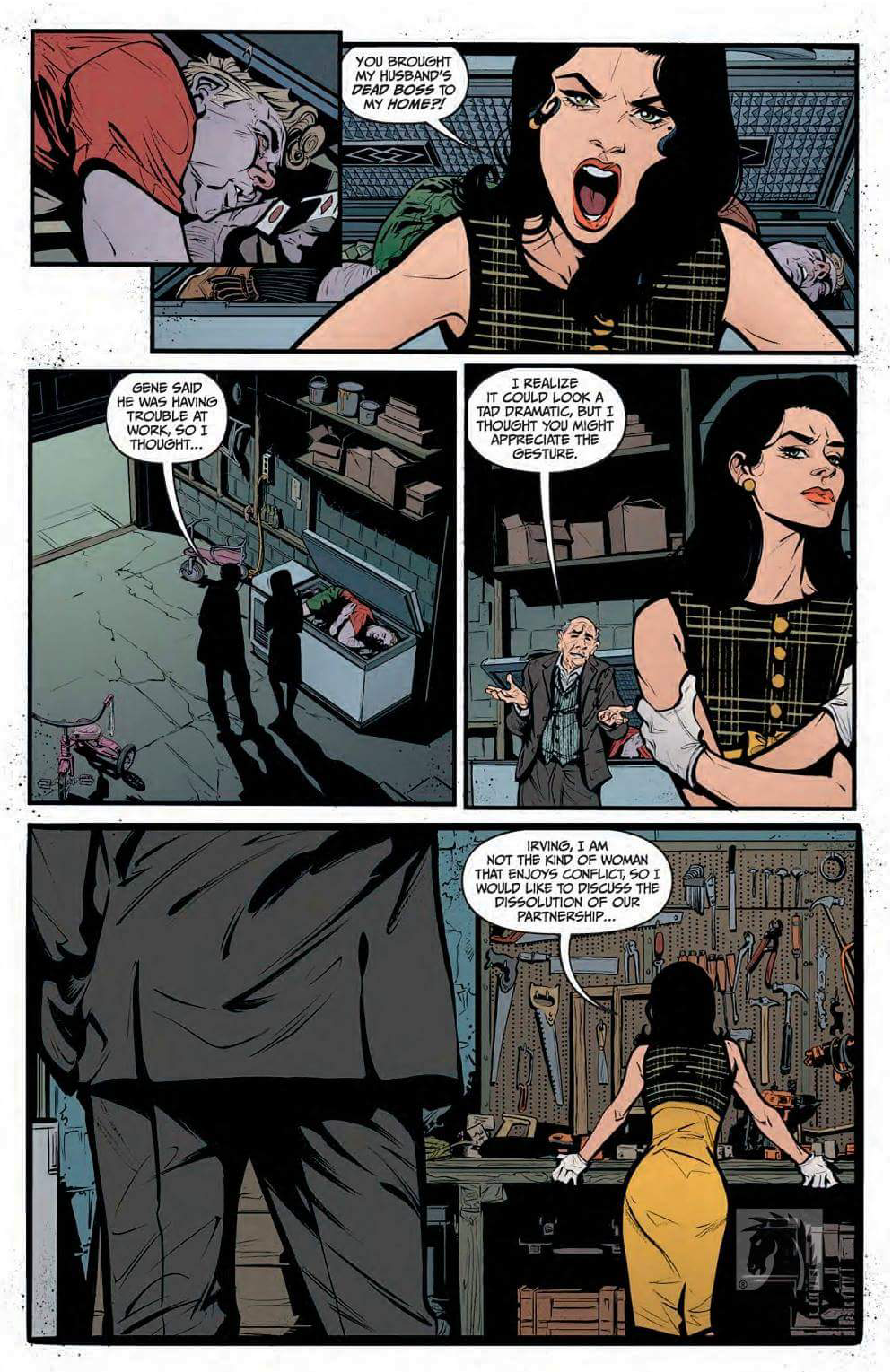 Everyone is on edge in this issue. Nerves are high as Josie’s two lives begin to collide. Josie might be a murdered but she’s a professional. Calm, cool and collected, it takes a lot to phase and unnerve her, so seeing her so concerned and anxious is quite a change from what we’re used to seeing from her. This is a person who runs their life with precision and order and any disturbance to this order and the status quo can result in disastrous consequences. Already her husband has unknowingly been dragged into this ordeal and now the rest of her family has as well. I feel Josie’s stress and unease, especially when her personal life is jeopardised. We have seen Josie do some pretty heinous things in her line of work. She is a ruthless killer and brutal to say the least, however, I can’t help but love this woman. I worry and care about her plight and I want thing to work out for her. I believe that Joëlle Jones has done an excellent job at creating a really relatable and likeable character in Josie. We have seen her go through some interesting character development and growth. I’m curious to see what Josie will do next and how she will deal with the ever-growing problem of Irving. 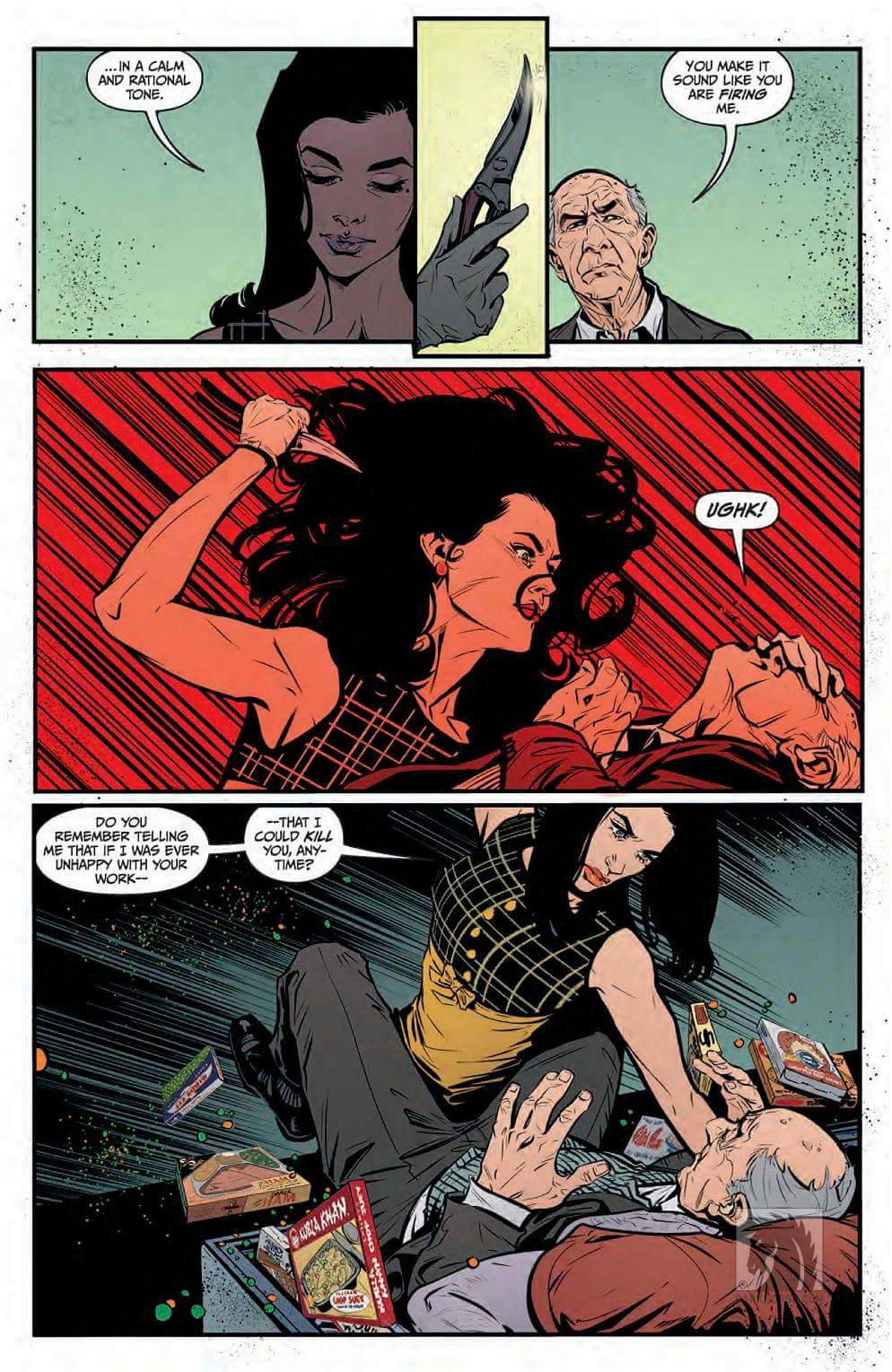 Joëlle Jones art captures the retro vibe of this setting perfectly. There is a real 60’s aesthetic that comes through, whether it be from the clothing and fashion or the architecture. Jones does a great job at transporting us to the early 60’s with nothing feeling forced or unnatural. Josie is beautiful and always dressed to impress. She forever looks immaculate, with her hair coiffed perfectly, makeup to match and always sporting a lovely outfit. Personally, I love seeing Josie when she’s on the job. It is here where she is in her element, commanding attention and fear. These moments also make for some of the most entertaining scenes, with Jones inserting some priceless comical visuals. The colouring by Michelle Madsen reinforces the overall retro aesthetic. She also does an excellent job at heightening the tone, especially during those intense murder scenes. I also enjoyed the luminescent quality of the streetscapes in the city during the night. Everything appeared to be bathed in a neon glow and I found that this visually help to frame these particular scenes in an edgy and mysterious tone. 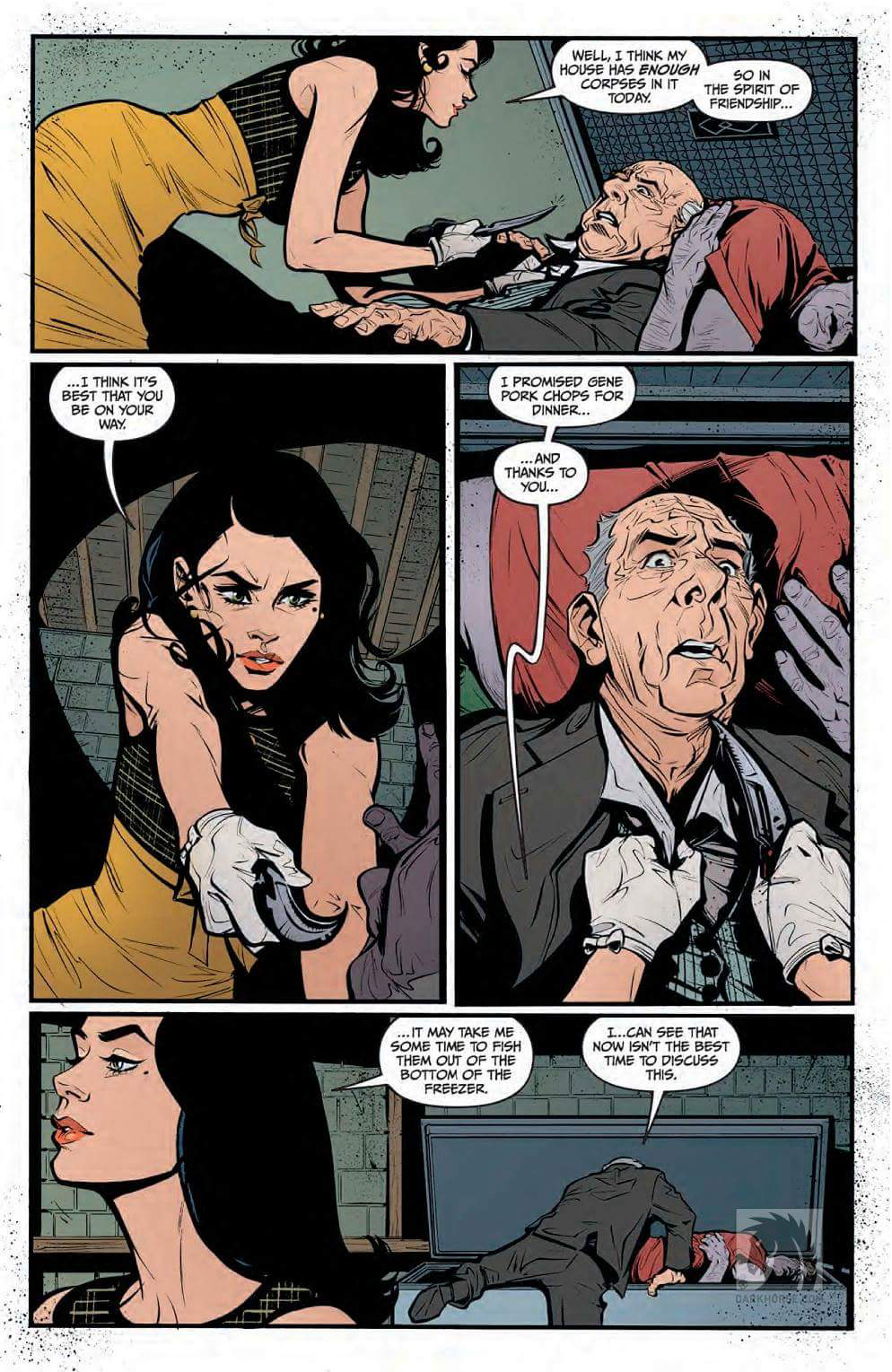 Lady Killer 2 #4 is another exciting and gritty edition to this story. Things are getting complicated and intense for Josie and just when it all seemed to be working out perfectly for her, it all begins to come undone. Her relationship with Irving has dramatically changed and she now has a bitter enemy in him. I look forward to the concluding issue of this second story arc and discovering what exactly Josie is going to do next.